Serverless is definitely a buzzword in the tech industry now.

In this post, you’re going to learn what Serverless really is.

You’ll learn the basics of Serverless, deep dive on Serverless pros and cons, and find out what cloud providers (and frameworks) support Serverless architecture.

Serverless (also known as Serverless Computing) is an execution model where the cloud provider (like AWS or Azure) is responsible for code execution — managing, provisioning, and maintaining servers to help developers deploy code in a continuous manner, with no friction involved.

But what about servers? Isn’t Serverless really server-less?

In practical terms, Serverless means that you no longer need to:

So, while the name is totally misleading, you don’t really have to keep the servers in mind when developing, updating, or supporting your software and applications. And this means fewer distractions, faster development time, and a considerable saving on resources that are dynamically allocated to run the code. 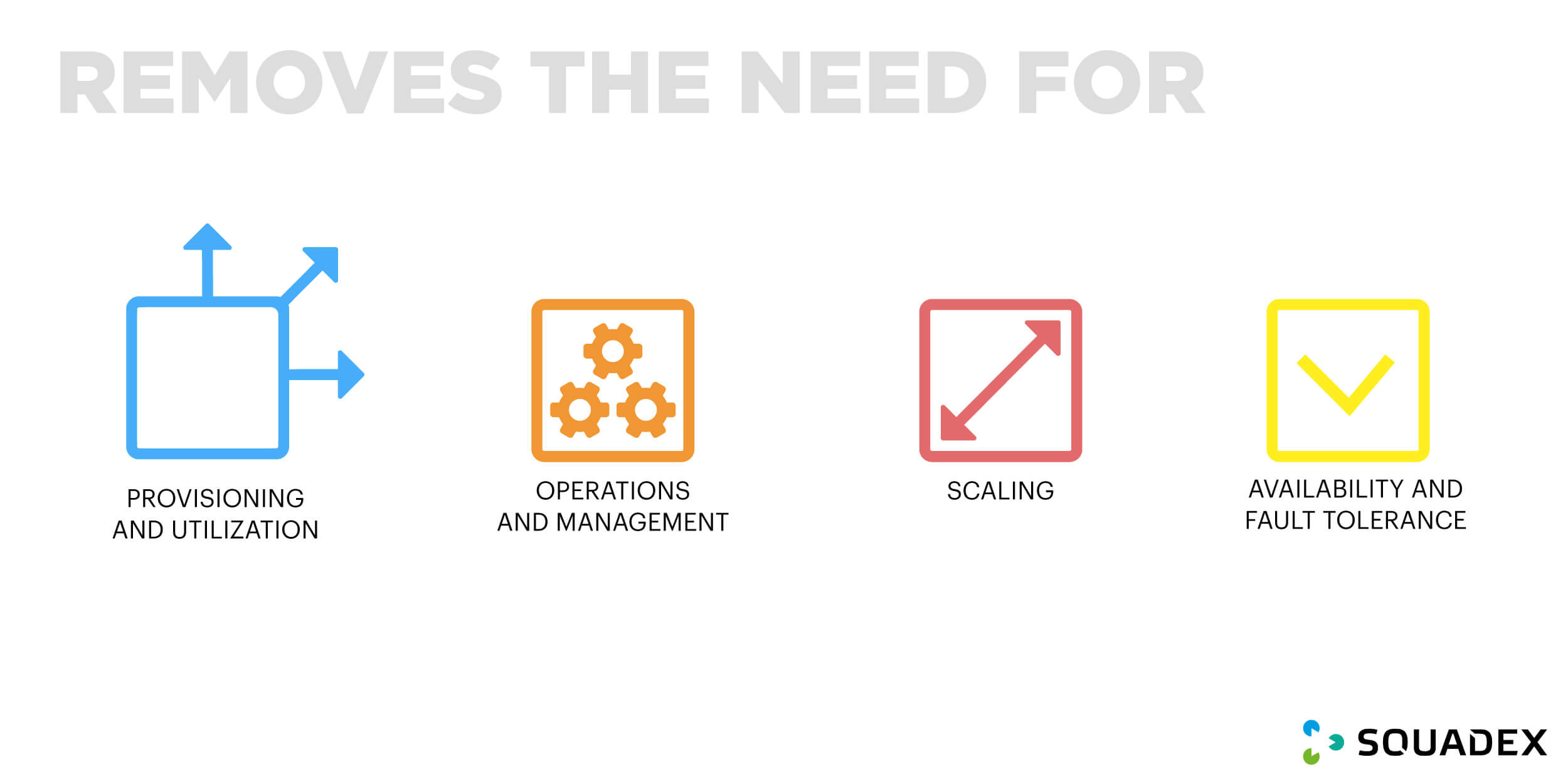 From a tech side of things, Serverless handles stateless containers, in which your code is packed; it can be manipulated through different requests or events coming in from your clients (e.g. a user pushes “buy” button). To ensure that a piece of code is properly executed, it should be sent to the cloud provider as a function.

Serverless relies on functions. A lot.

To begin with, we need to understand the difference between a monolithic and microservices architecture. 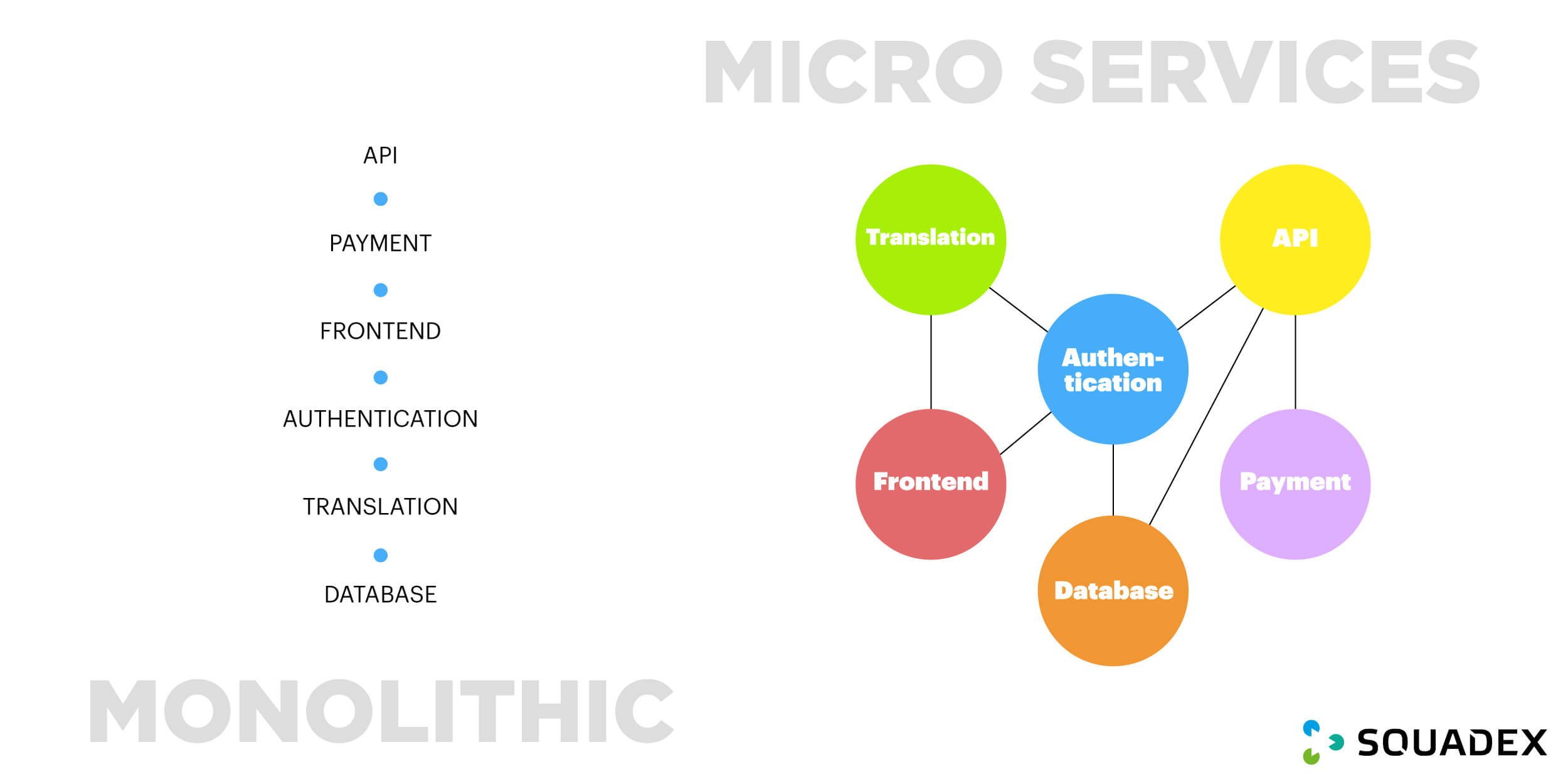 Basically, monolithic apps are deployed as a single entity. In the meantime, microservices apps are broken down into smaller chunks, which are executed with no context about the server attached.

In Serverless, however, the apps are broken down into even smaller chunks called functions, which can run independently from each other inside stateless containers. That’s why Serverless is often called Function-as-a-Service (FaaS). 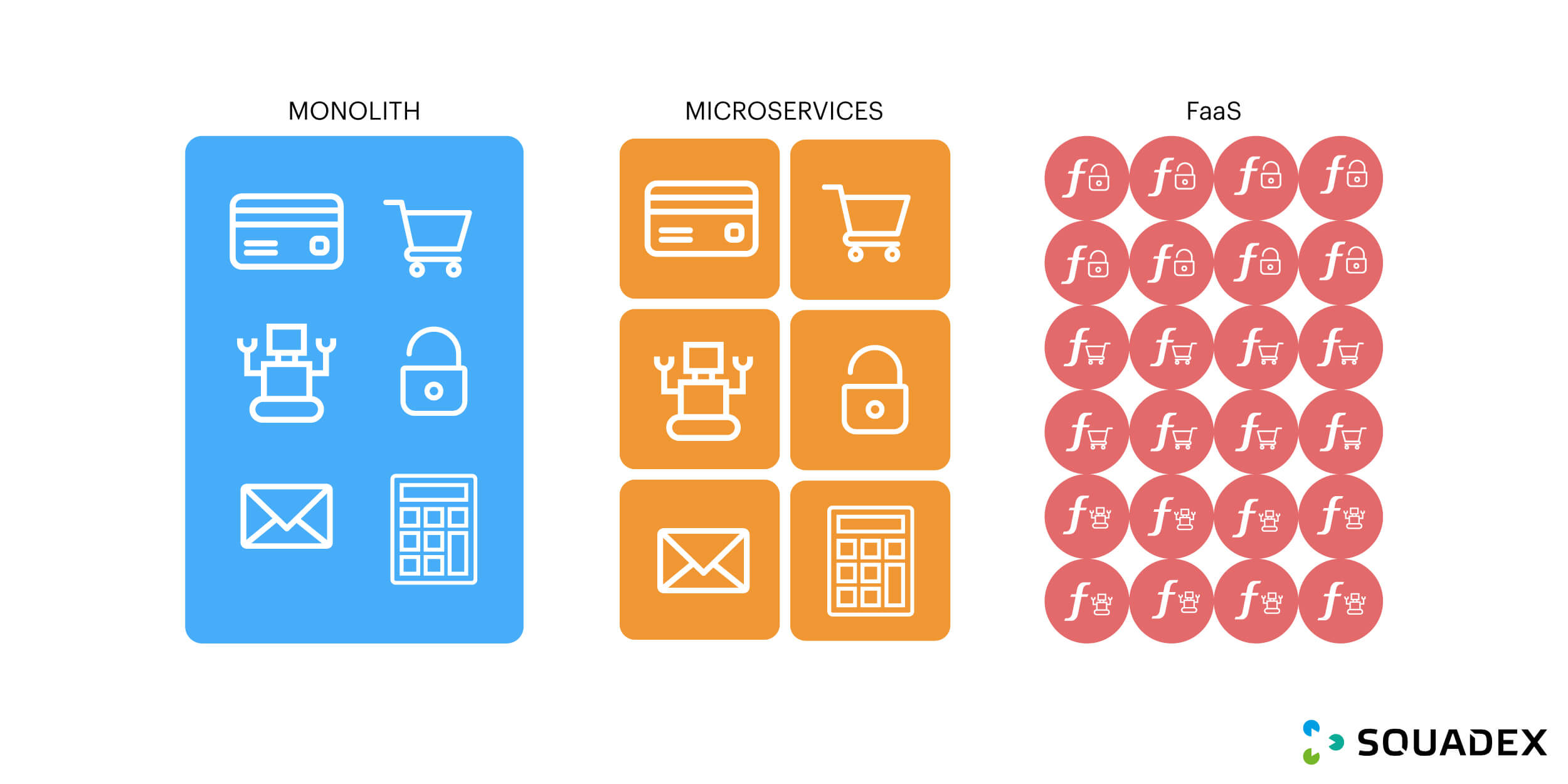 If you’re familiar with AWS Lambda, then you know what FaaS is and why it’s crucial to cut server costs and spare developers from dealing with storage and database capacity.

How Serverless Is Changing the Game

Serverless is the evolution of the cloud.

Here’s how Serverless is described by Werner Vogels, CTO at Amazon:

Before, your servers were like pets. If they became ill you had to nurture them back to health. Then with cloud they were cattle, you put them out to pasture and got yourself a new one. In Serverless there is no cattle, only your application. You don’t even have to think about nurturing back to health or getting new ones, all the execution is taken care of.

With Serverless, you enjoy flexible scaling and automated high availability, but don’t have to bear the burden of server management and idle capacity. 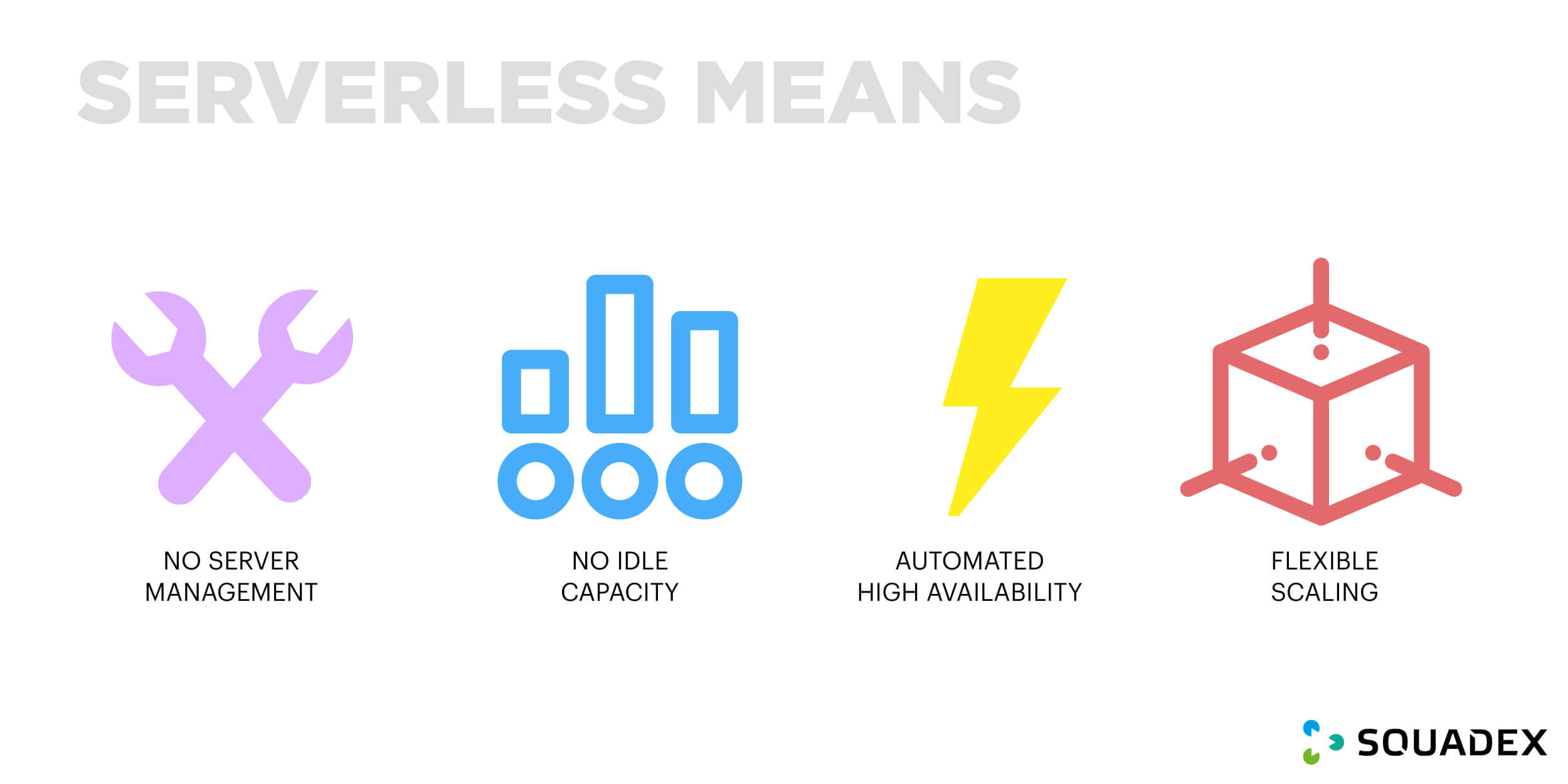 If you’re going to move to virtual servers in the cloud, it may take from a few seconds to several minutes. With Serverless, however, the process of provisioning servers goes away entirely.

But that’s only the beginning.

Serverless really changes the game in the areas of lower overall costs and reduced time-to-market, which are achieved through automation, parallelization, and faster development practices (like event-driven programming).

I’ll touch upon major pros and cons of Serverless a bit later, so let’s look into automation, parallelization, and development practices now.

Automation is the lifeblood of Serverless.

Unless your build and deployment process is automated, you won’t be able to fully utilize the power of Serverless. With automation not only your developers can deploy and test software in production-like environments, but spend more time delivering value to your business instead of redundant heavy-lifting.

To rip the benefits of automation with Serverless, you should:

Since Serverless solves the problem of over-provisioning, you don’t have to worry about paying for idle servers, or provisioning additional servers to complete high-volume, short-lived tasks. 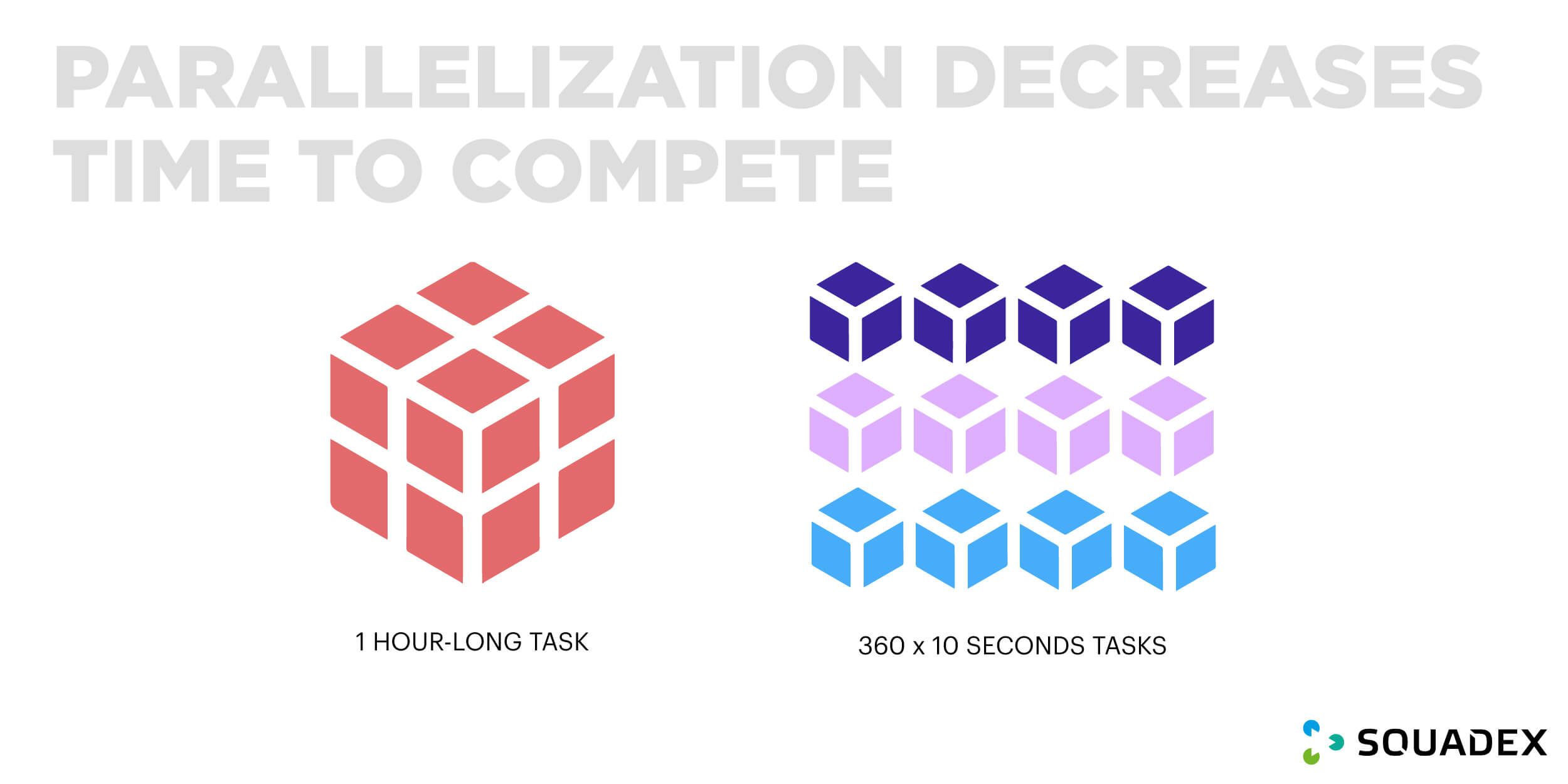 Instead, you can scale your apps horizontally to parallelize your work. Just break down your computing tasks into multiple parallelized subtasks to complete them more quickly and efficiently.

Serverless has revolutionized the way developers manage environment and deployments.

In a Serverless architecture, your developers can take advantage of as many environments as they require. You don’t pay for idle, one way or another.

You can create independent demo environments for every single feature branch of your application. 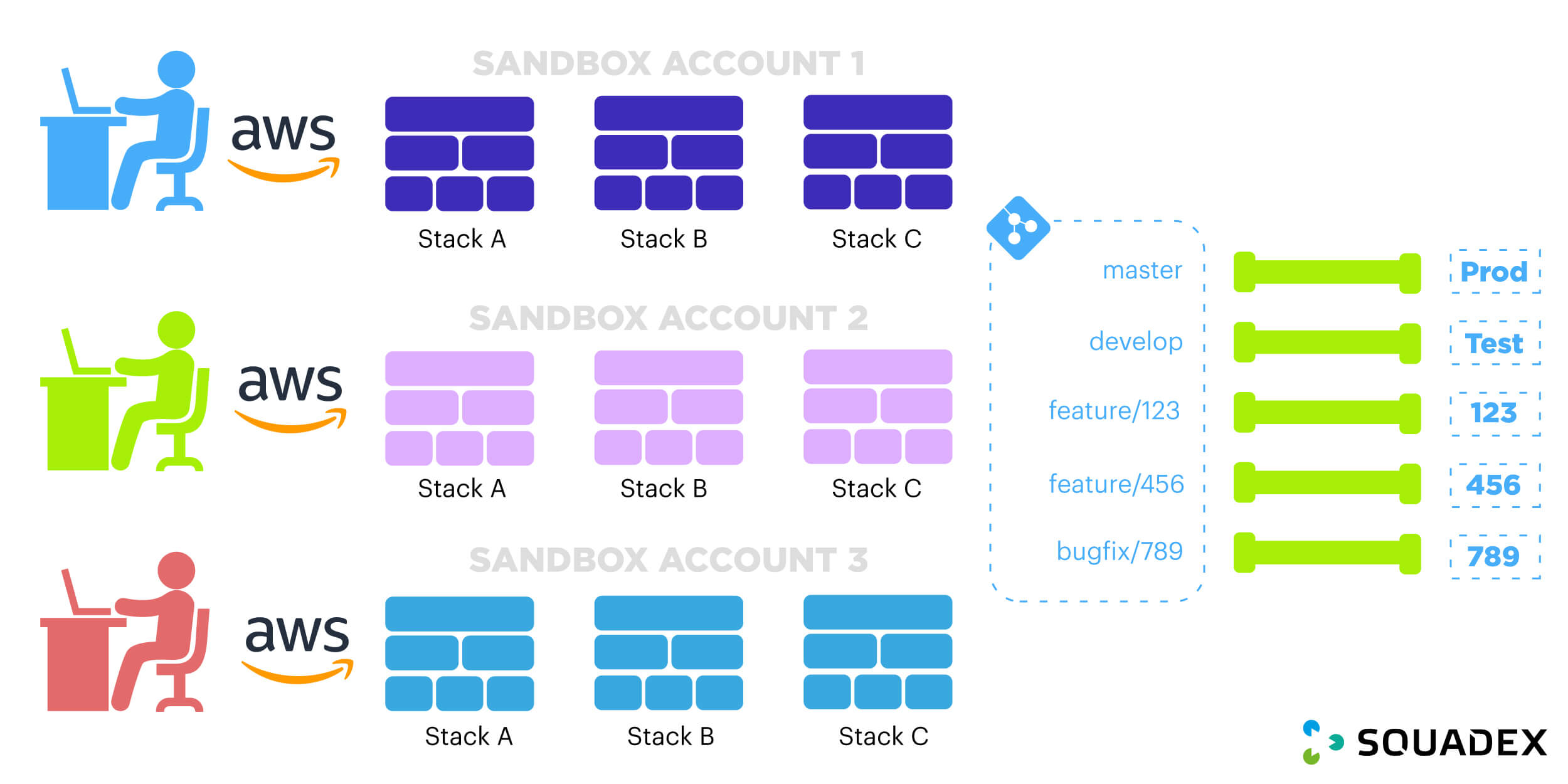 Now, as your developers and QA engineers work on polishing specific app features and fixing bugs, you automatically get a deployed environment. New features can be immediately previewed and updates deployed from the branch.

Serverless is a cloud execution model, in which you’re billed only for code execution time. If you need computing, you won’t spin up a server, but purchase computing from the cloud provider until the required functions are executed. It allows offloading redundant infrastructure tasks to the cloud provider while cutting operational costs and reducing time-to-market by relying heavily on automation, parallelization, and cost-efficient development practices.

The Benefits of Serverless

When we think about the benefits of Serverless, Amazon CTO Werner Vogels’ keynote at AWS re:Invent 2018 comes to mind. Specifically, here’s what he said:

The advantages [of Serverless] are obvious, there is nothing to provision, it scales automatically, it’s highly available and secure, and most importantly you only have to pay for what you use.

Serverless allows you to reduce costs in three areas:

In a Serverless architecture, you don’t have to worry about infrastructure, setup, and capacity. And this means that you can focus entirely on product planning, application design, and the development process.

Serverless is increasingly flexible, and you can rapidly deploy highly scalable apps, as well as easily create simple prototypes to test specific functionality of your applications. This brings agility to the development process and allows you to roll out new features quickly. 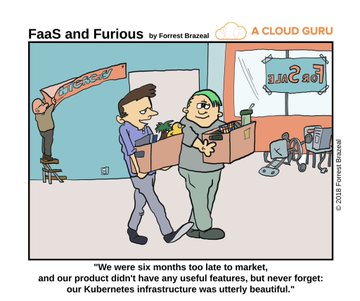 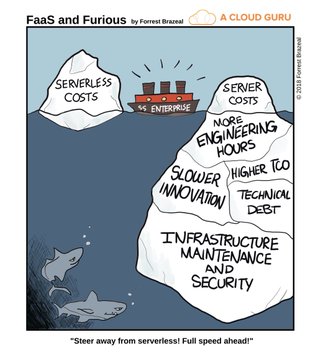 In a Serverless architecture, your app is broken down into multiple independent pieces called functions. In case anything goes wrong with a function, it gets reviewed and fixed while its previous version serves to plug the gap in a production environment. Once fixed, the function gets re-deployed automatically. So bugs are fixed more rapidly, and user experience doesn’t suffer.

On the contrary, monolith apps consist of big blocks, which are packed into a single block. Should any service crash, the entire monolith can crash, too. It’ll take you longer to find and fix the bug, and to deploy the block in production.

As Serverless is all about functions, it allows you to develop independent components that can be reused in similar products. For instance, you can develop payment processing once and then use it in other applications.

With that said, Serverless helps you save time and effort, specifically if you develop multiple applications.

Should you need to change any feature, you’ll refactor it by tackling its specific function, and that’s it. No longer should you grind your way through by rewriting and testing your entire application.

The Drawbacks of Serverless

Up to now, we’ve been talking about how great Serverless is; yet, it’s time we realistically assessed and put forward its drawbacks, too.

Major limitations and disadvantages of Serverless:

Given all of the above, it’s obvious may not be the option for long-running applications or applications that require a higher level of privacy. Architectural complexity coupled with technology immaturity mean that Serverless may become pretty complex to implement to achieve tangible results.

For sure, AWS is the leader of the Serverless movement. It released AWS Lambda back in 2014 and has been creating a fully functional Serverless ecosystem ever since.

Serverless on the AWS platform includes more than AWS Lambda, which is demonstrated in the image below: 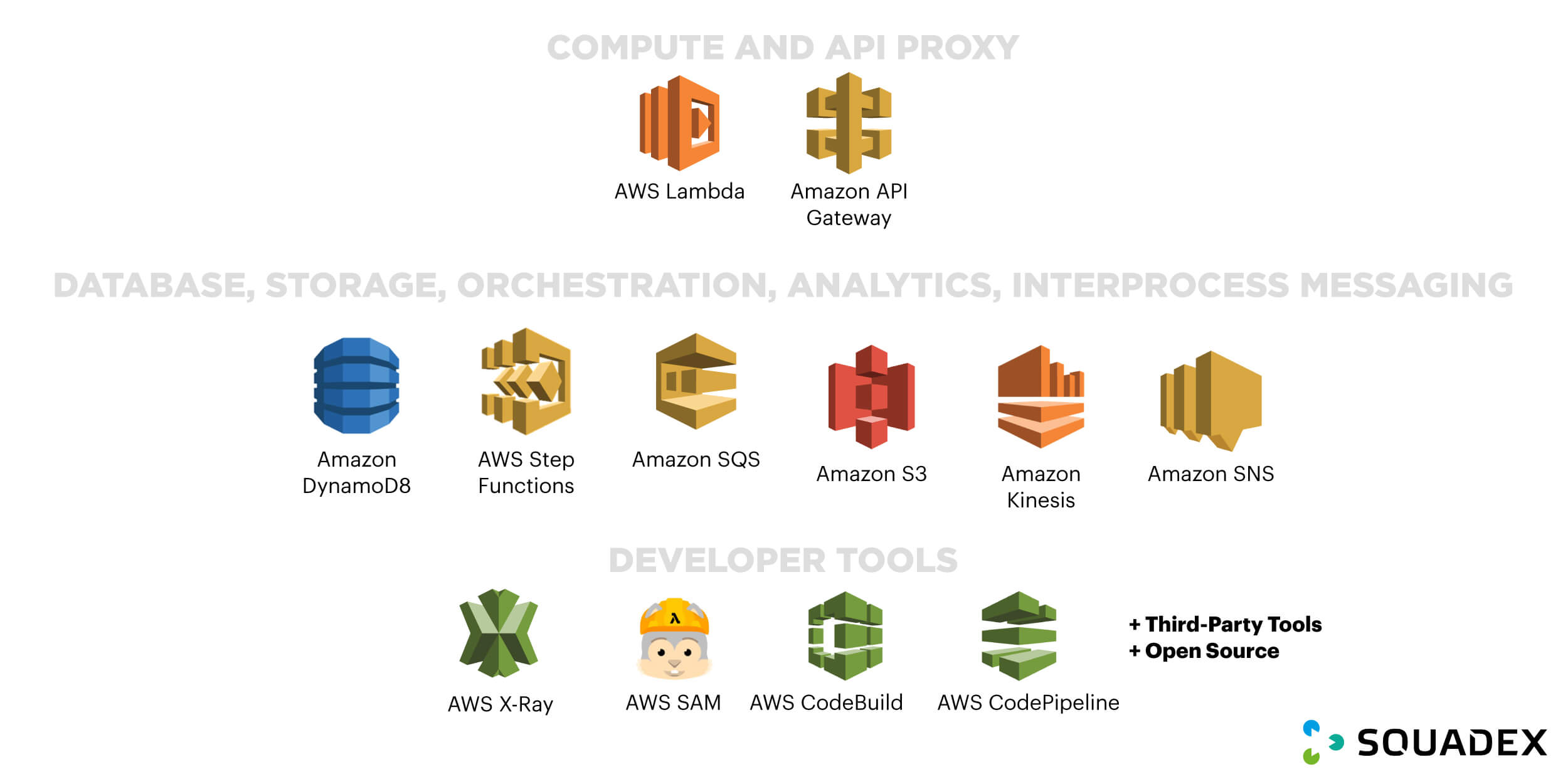 Kindly check out the slideshare below for more details about AWS, Azure, GCP, and IBM services for Serverless:

Serverless Comparison: AWS vs Azure vs Google vs IBM from RightScale

The most popular Serverless framework is called Serverless Framework. It was initially developed in 2015 for building apps on AWS Lambda. Written in Node.js, it supports JavaScript, Python, and Golang.

Other notable Serverless frameworks are: Apex, ClaudiaJS, Gordon, Spartan, Zappa, and Up.

Serverless is considered by many to be the future of cloud computing.

Due to its FaaS nature, Serverless can help you boost flexibility and reduce overall cloud costs. However, you’ll have to carefully design and manage your Serverless applications first, which isn’t easy to do because of a pretty steep learning curve.

Is Serverless worth the try, then? Absolutely!

Major cloud providers are pushing heavily to make their platforms more Serverless-oriented and to ease Serverless adoption by enterprises. The Function-as-Service market is projected to grow up to $7.72bn by 2021.

In other words, Serverless will continue to develop rapidly; and, if you’re going to strengthen your cloud computing skills, learning how to tackle Serverless is definitely recommended.